McKinsey: Up to $250B of US Health Spending Could Become Virtual

McKinsey reports that use of telehealth is surging. In 2019, 11 percent of consumers utilized telehealth, but the results of a McKinsey study show that number increased to 46 percent by the end of April, due to the impact of COVID-19. Healthcare providers are rapidly scaling to meet the increasing demand and McKinsey notes that telehealth services could account for as much as $250 billion in healthcare spending in the United States.

Idaho Technology Council’s Idaho Deal Flow Report is out and 2019 was a big year for the state. Idaho was once again the fastest-growing state in the country, and had more than 150 deals and $4.4 billion of capital flow.

Women Innovators (W.IN) have started a Facebook page called W.INing in Quarantine aimed at collecting information and activities to keep young innovators engaged with science and technology. It’s a particularly useful resource in a time when school closures have impacted so many young people.

What Is the Design Squiggle?

When people think about design, they often think of the end result, rather than all of the planning, iteration, and work that goes into creating that design. That’s why the Design Squiggle is such a relevant literal and figurative representation of the process. Find out more about how Damien Newman created it at thedesignsquiggle.com. 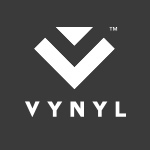